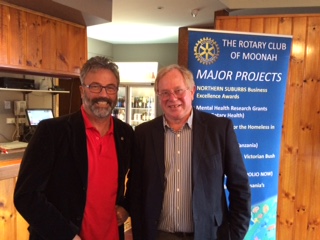 Last week we had an eye-opening presentation from a former R.A.F. navigator who flew during the Cold War. Joining the R.A.A.F in 1973 he later transferred to the  R.A.F. and became part of the U.K. Air Defence watching the USSR flights from Northern parts of Russia on  their flight paths to Spain and Cuba.  The R.A.F. helicoptor pilots played a large and dangerous role in protecting the shipping lanes and in any of the war zones such as the Falklands War they  would be used as targets to deflect the ICBN missiles.  The detailed and often amusing presentation gave members an insight into the lives of theses heroes who still today continue to endanger their lives to keep our country safe. Thanks to Wally for inviting Greg to speak to us. 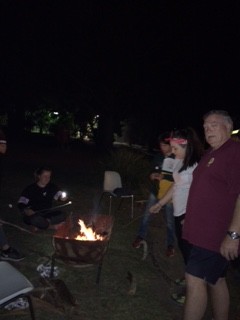 Another successful Rypen (Rotary Youth  Program of Enrichment) was held again this year with twenty three Year 10 students participating in a programme aimed at developing teamwork,  leadership, communication and social skills. Held at the Lea Scout Centre the students participated in a variety of group workshops and presentations. The outdoor challenges were led by Steve Dimsey from Life Be In It and Tony Coleman from the Scouts.  This year ‘s camp was held over two nights at the suggestion of last year’s students and the Rypen Commitee are thrilled with the positive feedback from students. Thanks to the Rotary clubs who support and sponsor this worthwhile programme. 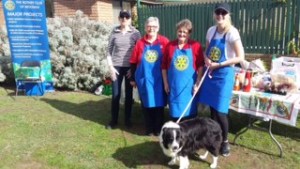 Last Saturday the Wobbly Boot Winery held another Wine and Woofs afternoon to raise funds for the Hobart Dogs Home. Over a hundred dog owners enjoyed an afternoon of wine and entertainment whilst their happy pooches were able to play and make new friends. There was even an opportunity for a Paw Portrait to take home. Moonah Rotary is always pleased to support the Dog’s Home and members enjoyed the sunshine and Canine activities whilst providing the BBQ.

Glenorchy Citizen of the Year 2017 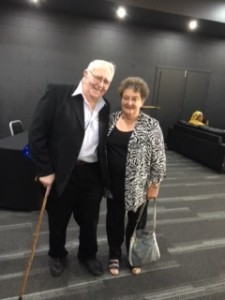 Congratulations to the newly-elected Glenorchy Citizen of the Year, John Ward. A Friend of Rotary member John was chosen out of five nominees and is a worthy winner due to his dedication to Grandparents Raising Grandchildren. Many years ago John and his late wife Ruth were left with four young grandchildren to raise and the need to return to work in his late sixties to support the family. Realising many others were in the same situation he set up the statewide organisation Grandparents Raising Grandchildren to lobby Government assistance for Carers allowances. Despite his own  ill health he is still on call 24/7 to sort out any problems or to offer support when needed. Well done John, a well deserved accolade. 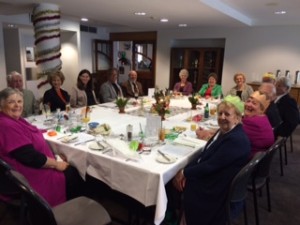 Ho Ho Ho! It’s Xmas again and this year members enjoyed a terrific lunch at Drysdale House. An exceptional menu to choose from and the meals and service did credit to the Hospitality students training there. Wishing everyone a joyous and safe festive season shared  with family and friends and looking forward to an exciting 2017 with existing and new projects planned.

Theme SWIFT by Satish Gandham, a product of SwiftThemes.Com Copyright © 2021 Rotary Club of Moonah | Entries (RSS) and Comments (RSS) powered by WordPress [Back to top ↑ ]